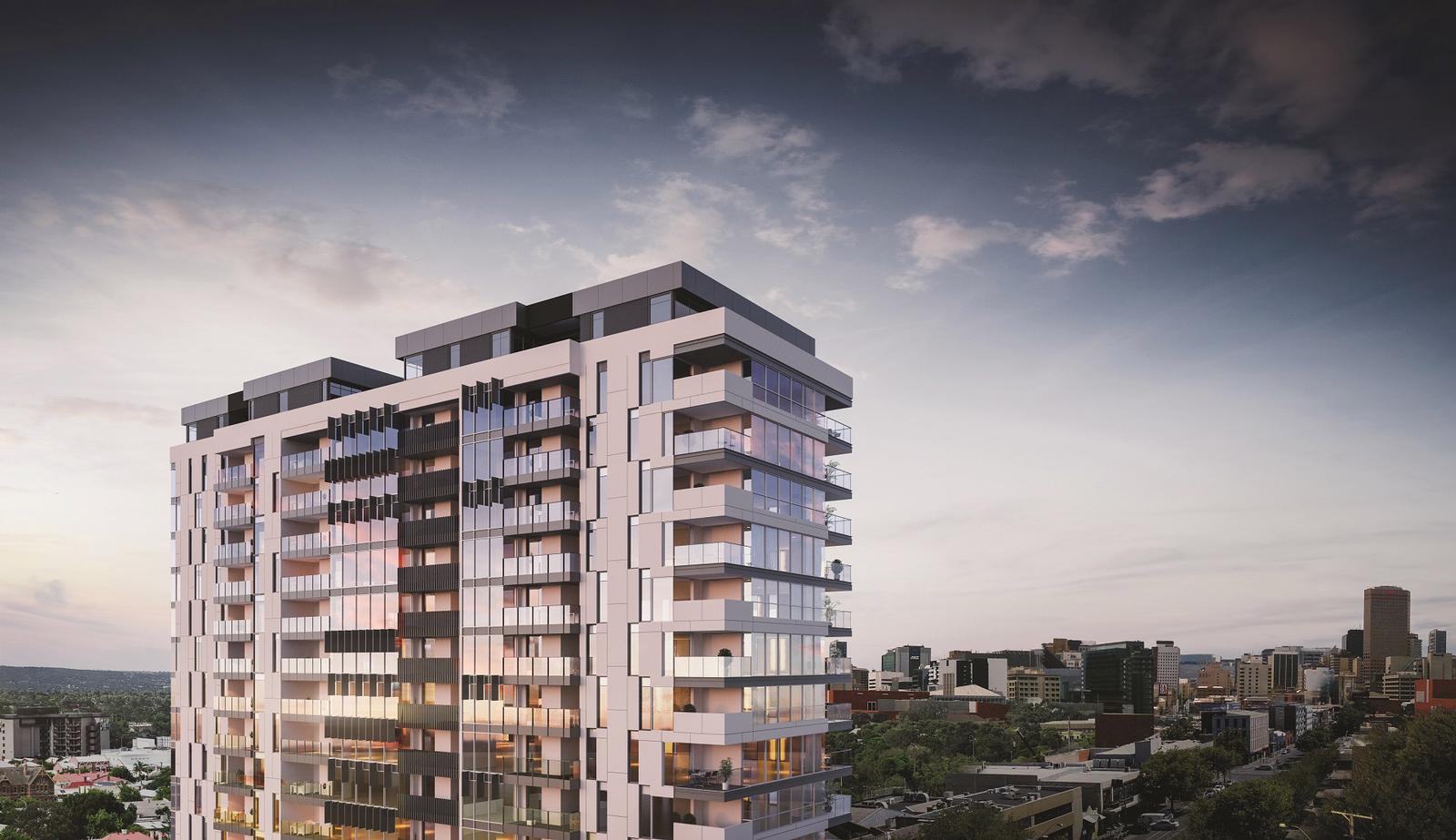 Work has commenced on a new $80 million apartment development in Adelaide’s trendy East End, which will create more than 350 local jobs in construction.

New South Australian Minister for Planning Stephan Knoll and Lord Mayor of Adelaide Martin Haese were on hand today to officially break ground on the East End Apartments, which will rise 16 storeys over Rymill Park and feature 140 apartments, plus a ground-floor retail tenancy.

Hindmarsh Construction has been appointed to build East End Apartments, which is being developed by Wellstone Property and designed by Cheesman Architects.

With more than half of the apartments already sold, Wellstone Property Director Damon Semanic said East End Apartments will “set a new benchmark for apartment living in Adelaide” and that reaching the construction stage of the project is a fantastic milestone.
“East End Apartments is set to become a premier destination for modern inner city living in Adelaide, so we’re absolutely thrilled to turn the first sod and commence construction,” he said.

“Our development team has put in countless hours of design and planning work to get to this point, so it’s exciting to start turning our plans for the site into reality.

“This is also great news for our apartment buyers, as well as a vote of confidence in the Adelaide market, with the local economy also set to be bolstered by the more than 350 jobs that will be created during construction.”

Mr Semanic said the project has been designed to reflect the life and colour of Adelaide’s quirky East End.

“The East End of Adelaide is the festive end of town, so we’ve embraced a genuine spirit of creativity in developing our plans, from the cleverly designed entry foyer to the series of stunning stencil artworks that will be painted on the exterior of the building by acclaimed artist Joshua Smith,” he said.

“The apartments themselves will also be immaculately appointed and feature glass-embraced balconies, along with floor-to-ceiling windows to enhance the amazing views that will be available of the city, parklands and Adelaide Hills.”

Located on a 1,500sqm site at 293 Pirie Street near Hutt Street, East End Apartments includes one, two and three-bedroom apartments with or without car parks, with prices for remaining apartments starting from $399,000 for two-bedroom options and $599,000 for three-bedroom floorplans.

Residents and their guests will also benefit from an elevated, semi open-air urban lounge for relaxation and entertaining, and in a first for Adelaide apartments, electric vehicle friendly parking.

Construction of East End Apartments is expected to be completed by later next year.