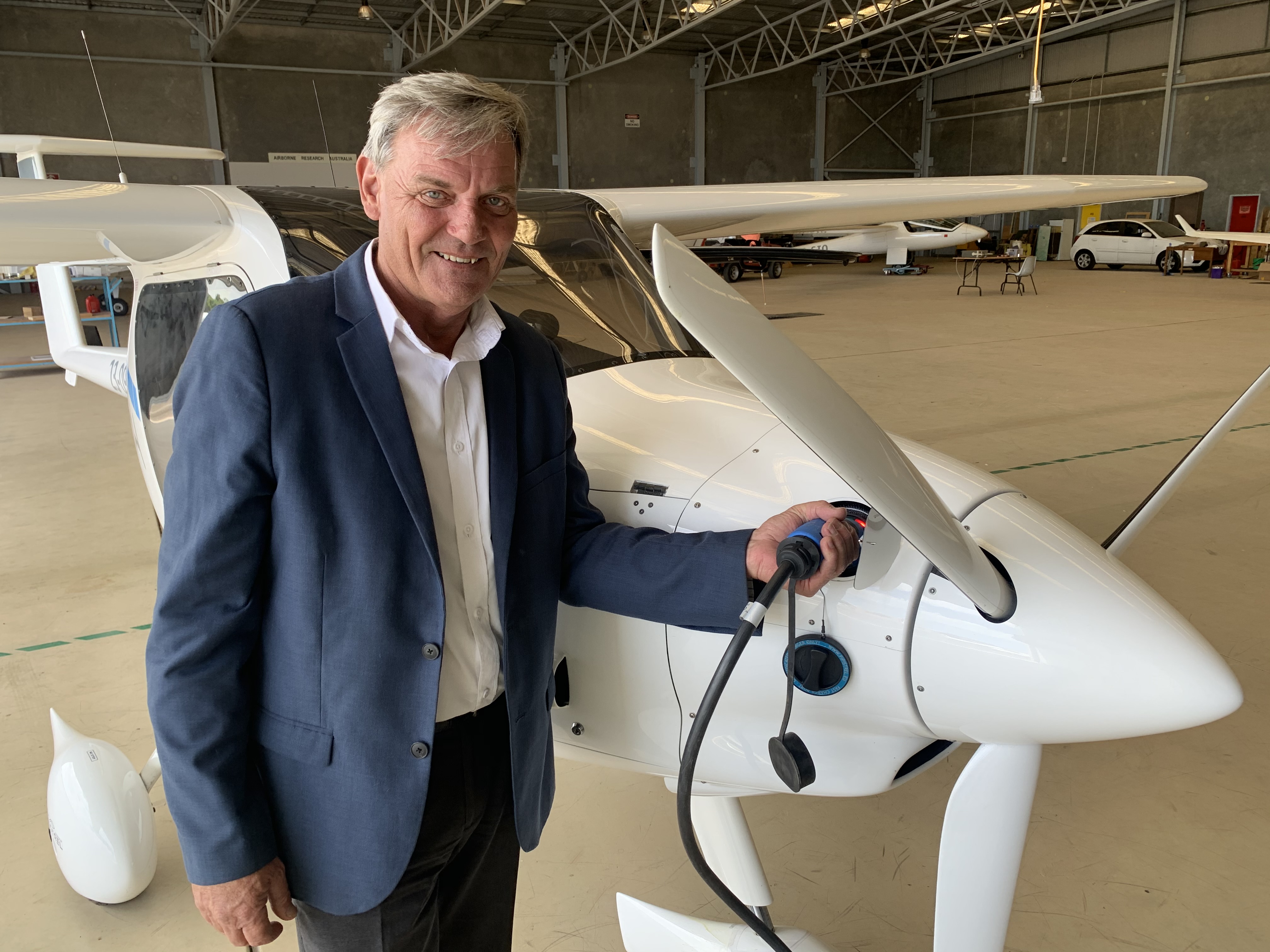 Adelaide-based Eyre to There Aviation has today announced plans to become Australia’s first manufacturer of electric aircraft, following the signing of an MOU with European-based aircraft maker, Pipistrel.

Eyre to There Aviation this week has undertaken the first ever flight in South Australia of a fully electric aeroplane.

Eyre to There Aviation Managing Director, Barrie Rogers, says the Pipistrel Alpha Electro aeroplane is the world’s first serially produced electric aircraft, and says the time is right to introduce the aircraft to Australia as a flight trainer.

“Electric aircraft are cheaper to buy, cheaper to run, are significantly quieter than conventional aircraft and don’t rely on fossil fuels. And they are ideally suited for short range flight training activities,” Barrie says.

“The one thing that has previously hindered the development of electric aircraft compared with, say, electric vehicles, has been the weight of the battery.

“We believe we’re now at the stage where technological advances have reduced the battery weight to a point where electric aircraft are now commercially viable in Australia.

“Electric aircraft don’t yet have the range of other aircraft, but they’re perfect for short flights such as flight training and particularly circuit training, which is a core activity in obtaining a private pilot licence.

“Australia is currently the only country in the world that already certifies electric aircraft for training purposes, so we have an opportunity to be a world leader.”

Barrie says Eyre to There Aviation will initially import 15 assembled aircraft from Pipistrel in Slovenia for demonstration and training opportunities.  The company will concurrently scope opportunities to set up an assembly line in Adelaide with a view to manufacturing up to 100 aircraft yearly.

“There are more than 250 registered flight schools in Australia using more than 3,400 training aircraft. Roughly 25 per cent of flight training covers the beginner phase which involves circuit training for take-offs and landings as well as training in close proximity to an airfield.  Electric aircraft are perfectly suited for this task,” Barrie says.

“The average age of small single engine aeroplanes in Australia is 36.4 years, so many of these are reaching the end of their lifespan.  Again, we see a clear market opportunity to provide brand new, low-cost aircraft that have zero emissions.

“I have no doubt the battery technology will continue to evolve and we’ll see the range and size of these aircraft increase in the not-too-distant future.”

Alpha Electro is a 2-seat electric trainer tailored to the needs of flight schools. It has a short take-off distance, powerful 1000+ feet per minute climb capability and an endurance of one hour plus a 30-minute reserve.