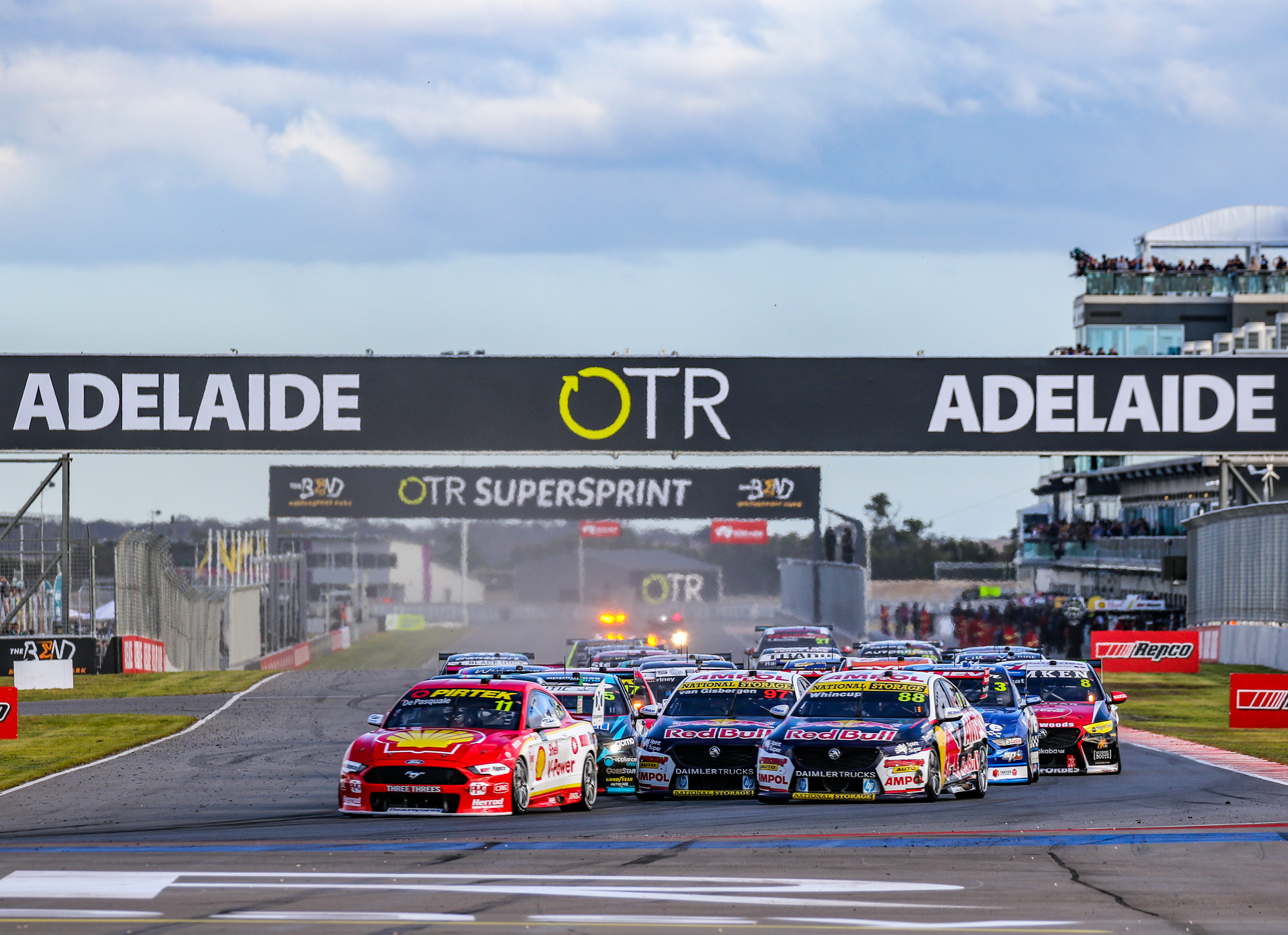 The Repco Supercars championship returns to The Bend next week (July 29 – 31) with event organisers promising the biggest weekend of racing and entertainment yet in the OTR Supersprint’s five-year history.

The jam-packed, three-day event is South Australia’s largest ticketed regional sporting event with all ticket holders getting paddock access at the event.

Hundreds of trackside campers are expected to converge on The Bend for the event, with The Bend one of only three Supercars tracks in Australia with trackside camping.

The Bend has opened a second campsite to cope with demand from travelling motor racing fans with The OTR Supersprint becoming a highly anticipated pilgrimage for campers who travel from across Australia for the event.

Highlights of this year’s OTR Supersprint racing will include the Repco Supercars Championship races with 27 drivers and 13 teams confirmed for the starting grid (full list attached).

Dr Sam Shahin, Managing Director, The Bend Motorsport Park said 2022 is shaping up to be an exciting year for motorsport in South Australia with two unique Repco Supercars events at The Bend and in the city.

“This year provides a real opportunity for the State to again cement its position on the Supercars calendar and demonstrate the value of these races to the local economy and businesses in the regions and CBD,” said Dr Shahin.

“The Bend Motorsport Park has responded to this opportunity by making the first of these two South Australian races bigger and better than ever before with more racing, more entertainment and more amenities for spectators over the three days.”

Minister for Trade and Investment, Housing and Urban Development, and Planning Nick Champion MP said it was terrific to welcome back Supercars to South Australia, and to bring this event to The Bend Motorsport Park.

“With three days of racing action – from the Supercars to the classics of the historic touring cars, as well as plenty of family activities and a dedicated kids’ zone – there’s plenty to see and do,” said Minister Champion.

“Events like these provide huge opportunities for South Australian jobs, the state’s economy and for the vibrancy of the region.”

“The Bend is unique in having all motorsport disciplines ‘through the one gate’ including circuit racing for cars and motorcycles, Australia’s only purpose-built drift circuit, and the second longest GT permanent circuit in the world, after the Nurburgring (Nordschleife) in Germany,” said Minister Bettison.

“We are thrilled that events like these take place here and showcase our State’s hidden gems and the natural beauty of regional South Australia. I encourage anyone visiting for the weekend to get out and explore this incredible part of our state.”

Corporate hospitality, camping, grandstand and general admission tickets are currently on sale with Kids 14 & under FREE and $5 bus transfers to and from The Bend available from the Adelaide CBD, Mount Barker, Murray Bridge, Noarlunga, and Elizabeth.

Tickets are priced from $59 for a single-day and $99 for three-days. Event and bus tickets for this year’s OTR SuperSprint are available via thebend.com.au or Ticketek