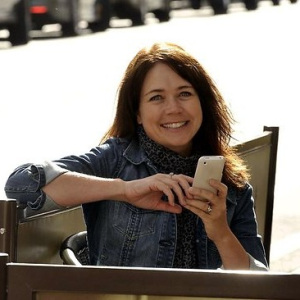 If you’re not using Twitter yet, it may seem like an underworld realm – a strange communication platform made up of short, nonsensical messages called tweets.

Part of Twitter’s success has been the way its users have massaged it and helped it to develop to suit them. Twitter has evolved its own shorthand language and abbreviations.This social media network has achieved cult-like status for delivering breaking news, connecting people with world leaders and celebrities and making new friends.

Now, you may know hashtags as the symbol for “number” which sits above the 3 on your computer’s keyboard (#). But this innocuous little character has, for the past few years, helped tweeters to connect conversations together. Let’s take some examples.

On any given day in Adelaide, there are hundreds of tweets containing the #Adelaide hashtag. This means if you type #Adelaide into Twitter’s search bar, you receive plenty of Adelaide news, musing and insights.

Think of it as the Adelaide grapevine on Twitter. If you want to ensure your news about Adelaide is seen by more people on Twitter, you should use the #Adelaide hashtag (rather than simply writing Adelaide). You may watch the ABC TV show Q&A and notice the tweets being published across the bottom of the screen. The way the producers of Q&A know that a person is tweeting about the program if they use the hashtag #qanda in their tweet. That’s the qualifying, categorising factor.

When you attend a major conference, chances are the organisers have designated an official Twitter hashtag for the conference, to enable attendees to publish their conference reflections in a unified stream. Thus people at their workdesks, who couldn’t attend the conference, can still learn of some conference outcomes. An Adelaide conference about fishing may, for example, use the hashtag #AdelFish2011

There are standard, well-known Twitter hashtags but the most exciting thing? You can invent your own hashtag, anytime. The trick is getting people to adopt it.

This article originally appeared in the Adelaide Advertiser on 10 May 2011. See the AdelaideNow article here.