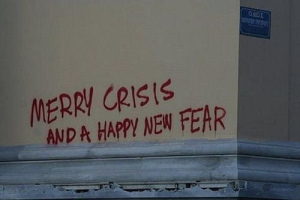 Why do so many companies invest significant time and money on risk management strategies, yet overlook the fact that media-driven public perception, factual or otherwise, can destroy a company’s reputation in the time it takes to type a Twitter message?

Case in point: On November 4, 2010, an engine on a Sydney-bound Qantas A380 exploded over Indonesia. The aircraft returned to Singapore and landed safely. Qantas’ crisis management team swung into action. It had a written media statement out within half an hour of knowing about the incident, and the company fronted a packed media conference a short time later.

But it wasn’t ready for social media.

Within minutes of the incident, Twitter messages from Indonesia’s Batam Island carried photographs of Qantas engine parts, media speculated the A380 had crashed, and social media followers around the world wore out the ‘Retweet’ button on their phones.

Incredibly, Qantas CEO Alan Joyce admitted the first he knew the media were incorrectly reporting the plane had crashed was when the company’s share price started to collapse.

Now if a company like Qantas, which had a detailed crisis communication strategy in place, can still be caught off guard, imagine the impact on a business that has no such plan in place.

A common company refrain to having a crisis management strategy is “We’ll call you if we have a crisis.” That’s like saying “We’ll buy fire insurance if we see smoke.” It’s too late.

It doesn’t matter if the information being posted online and/or picked up by the media about your company is fact or fiction. If you don’t have a strategy in place that allows you to respond – and quickly – media will run with whatever information it can find. It may be comments from members of the public, claims by your competitors or an off-the-cuff remark by one of your own employees.

A client recently referred to the Latin phrase ‘Semper Paratus’, which means ‘Always Ready’. If you were once a Scout, you would no doubt still remember the motto ‘Be Prepared’.

In today’s globalised online society, it can be extremely difficult to counter pretty much anyone around the world with an opinion and an iPhone. It’s even harder if you’re not ‘always ready’ with a strategy in place to deal with it.

And if you think this is just a new social media-driven phenomenon, think again. The quote at the start of this article was not written by Facebook’s Mark Zuckerberg or Twitter founder Jack Dorsey, but by Mark Twain* in the mid 19th Century. *This in itself may be a lie. While the quote is widely attributed to Mark Twain, it may in fact have been first sermonised by a British clergyman named Charles Spurgeon.