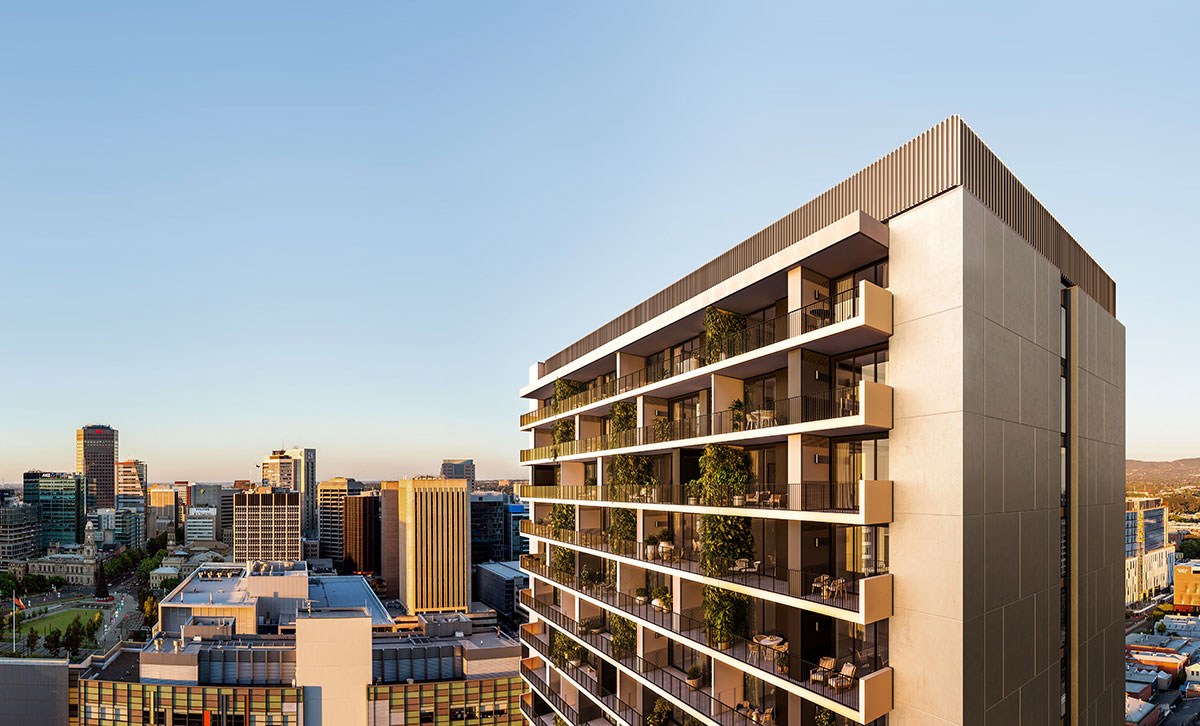 South Australian Minister for Planning Stephan Knoll was on hand today to officially break ground on the Penny Place apartment development on Angas Street near Victoria Square, which will comprise 152 apartments.

Significantly, more than 50% of apartments in Penny Place have already been sold off the plan.

Developed by Flagship Property Holdings, the 24-storey, 78m high Penny Place development will also feature a ground floor lobby, resident lounge and kitchen, space for a retail outlet, and a public plaza, as well as car parking for residents and a bike store.

“We’ve been meticulous with every little design detail for Penny Place, so to finally reach the construction stage is a wonderful milestone that we’re all really excited about,” he said.

“We’ve assembled an expert team to deliver the project, including architect Woods Bagot and builder Maxcon, both of whom have outstanding track records nationally for delivering apartment buildings of the absolute highest quality.

“In fact, with the level of expertise within our project team, we think Penny Place will be one of the best apartment developments the city has ever seen.

“We’ve already received an enormous amount of interest from buyers and have sold more than half of the building already, which reinforces our confidence in the Adelaide apartment market that we think has huge upside for the future.”

Construction of Penny Place is due to be completed by mid to late 2021.

A Penny Place display apartment is now open at 33 Angas Street in the city. For opening hours or more information, visit www.pennyplace.com.au.