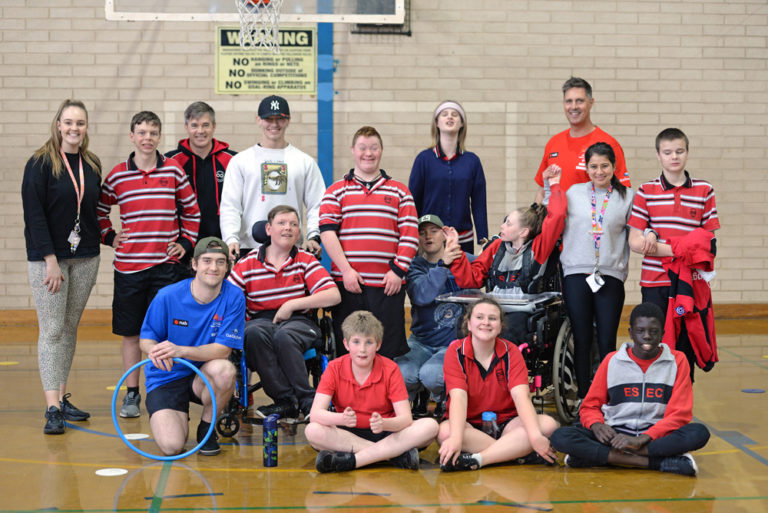 Up to 300 athletes from across regional South Australia and metropolitan Adelaide will take part in the State Games, with events to be held at Westminster School tomorrow (Saturday) and Sunday, and at Marion Bowland and Enfield Harriers Athletics Club in October.

Changing the lives of children and adults with intellectual disabilities, the State Games will see athletes participate in swimming, athletics, basketball, bowling, football, and tennis over the coming four weeks.

The Opening Ceremony includes a Special Olympic tradition with the “Flame of Hope” carried into the ceremony by members of South Australia Police and Special Olympics athletes, for the lighting of the cauldron to commence the games.

The Law Enforcement Torch Run (LETR) members are the Guardians of the Flame of Hope, which symbolizes the shining light of inclusion, acceptance, and support in moving forward.

Grant Stevens, Commissioner of Police at South Australia Police, said in the weeks leading up to the 2022 Special Olympics Australia National Games, SAPOL and Military Police officers would be honoured to start the journey of the Flame of Hope from 2018’s host city, Adelaide, to the 2022 hosts, Tasmania, culminating in the flame arriving in Launceston to light the cauldron to declare the Games open.

“The LETR, which started in the United States 40 years ago, reinforces the warm and heartfelt relationship we have with Special Olympics athletes,” Mr. Stevens said.

“We support inclusion in sport here and around the world, and through the LETR we can raise funds, engage with the community and show that everyone can have a go and be active.

Special Olympics South Australia State Coordinator Matt Pearson said competitors of all ages would be coming from across the state to compete in the coming weeks, including Yorke and Eyre Peninsula, the South East and the Riverland.

“We know that fewer than one per cent of South Australians living with intellectual disability play sport, so we’re trying to raise awareness and encourage more people to take part in sporting activities, in an inclusive, friendly and supportive environment,” Mr. Pearson said.

“Playing a sport with friends, encouraging others and challenging themselves is one thing, but one of the best parts of being involved is seeing the absolute joy on the faces of the athletes taking part, regardless of the result.”

“Special Olympics is a disability sporting organisation, and we focus on inclusion, celebrating ability and new opportunities in a positive environment.”
Leading up to Special Olympics South Australia’s 2021 State Games, athletes have been involved in year-round training at three clubs across the state.

Special Olympics Australia is part of a global inclusion movement using sport, health, education and leadership programs every day around the world to end discrimination against and empower people with intellectual disabilities. Our volunteers create accessible sports training, coaching and competition opportunities which are offered week-in and week-out in local communities throughout Australia. www.specialolympics.com.au